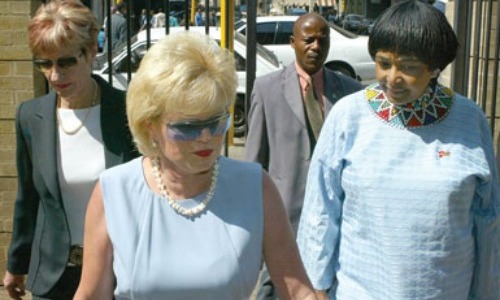 A prominent South African memoirist and well-known socialite Hazel Crane was assassinated in her own car on November 10th, 2003, while she was on her way to testify against an Israeli man who was suspected to have killed her husband.

Crane was a close friend of Winnie Mandela, the second wife of Nelson Mandela, and was the third witness in the trial. Looks like it was a hush-up job, but the case has still not been solved.