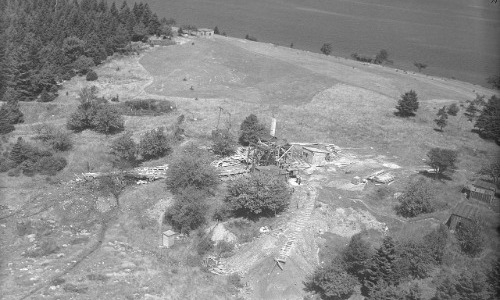 Oak Island is an island located on the south shore of Nova Scotia, Canada. The island of Lunenburg County has been intermittently owned by private investors since the mid-1700s.

Aside from being covered with dense shrubs, the island boasts interesting theories about treasure and antiqued artifacts that have been the inspiration for numerous explorations and excavations on the island.

Settlement on the island dates back to the 1750s when the island was locally known as “Smith’s Island” after an earlier settler. While talk of possible artifacts and treasure began in the 18th century with the first settlers, the first-ever exploration began in the 19th century, thus following the tumultuous experience of the Oak Island Mystery.

The Oak Island Mystery chronicles the events that occurred following the pivotal discovery of The Money Pit. It all started with the earliest account of Daniel McGinnis who found the famous pit to be consistent with the century-old legend of a Captain Kidd sailor. Thereafter, the Money Pit caught the interests of the Onslow and Truro Companies, the Oak Island Association, the Halifax Company, the Triton Alliance, then the Old Gold Salvage Group, and a few eager individuals.

It wasn’t till the treasure hunting duo; Rick and Marty Lagina of Michigan purchased 50% of Oak Island Tours that more discoveries on the island would be made. Their efforts have been captured on their reality tv show: The Curse Of The Oak Island, which has aired on the History channel since 2014.

An additional facet to the Mystery is “The Curse” which originated in the 19th century when the island was being worked on intensely. It states that before the treasure is found seven men will lose their lives in the search, so far six men have died. The Curse in combination with the many hindering floods on the island certainly made the hunt for treasure quite the ordeal.

Regardless, centuries of team effort and individual inquiry have led to the unearthing of interesting finds on the Island, some acting as clues to even greater possibilities and others relics of old that hold time in history, both ancient and modern. Here are 30 items of treasure discovered on Oak Island.