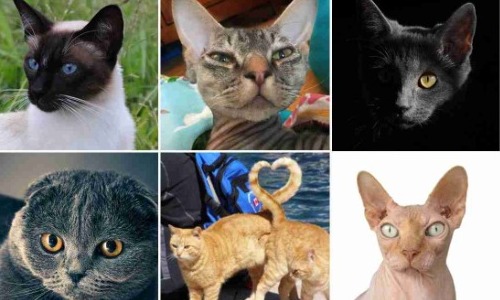 Lykois derive their name from the from the word ‘Lycan’ which is associated with lycanthropy or werewolf condition. Also known as ’wolf cat’, this breed is named so based on its resemblance to the folkloric creature.

Lykois emerged relatively recently due to a genetic mutation that occurred in domestic cats. They have a feral appearance but like most lesser-haired cats, face similar apprehension from cat owners despite their friendly nature. Despite this, Lykois are very much in demand and can cost up to $2500.

They may not be the most intelligent puss out there but their warm personality wins people over.