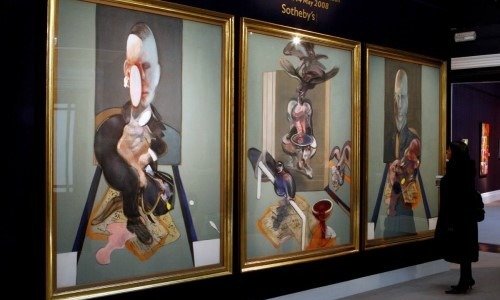 “Triptych” is a distinctive painting made by the British artist Francis Bacon in the year 1976. It is a combination of three oil and pastel paintings on canvas. It is said to be the second most expensive Bacon painting sold after the “Three Studies of Lucian Freud (1969)”, that was auctioned for $142.4M.

Addressing the painting to be “a landmark of the 20th-century canon”, the auction house had estimated “Triptych” to sell for at least $70million.

“Triptych”, often regarded as one of the most enthralling contemporary paintings by Francis Bacon, was sold at $86.3 million at Sotheby’s by the Moueix family, producers of Château Pétrus wines.