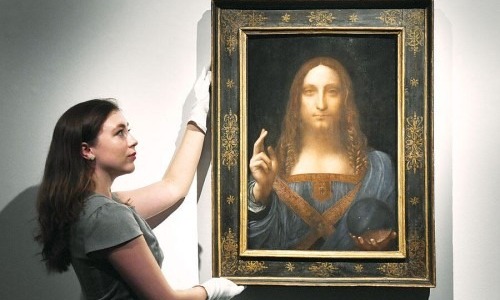 The world’s most expensive painting to date, and without doubt one of the most mysterious works of Leonardo Da Vinci, this painting has been stealing views and inspiring gasps since it was sold at a private auction for a whopping $450 million.

The auction house, Christie’s, sold the painting in November 2017 to a private collector whose admiration for true art transcended all the expectations for the price tag.

Originally thought to have been bought by the Saudi Prince Bader bin Abdullah bin Mohammed bin Farhan al-Saud, the painting went missing for about two weeks before the unveiling premiere at the Louvre Abu Dhabi in September 2018. Since then, there has been no exact news of its existence.