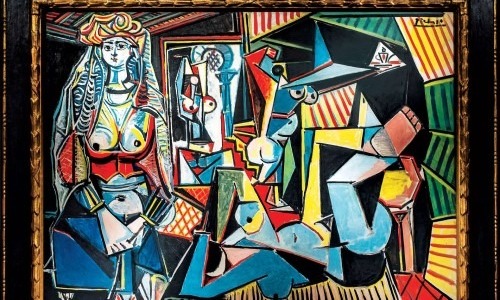 An auction at the New York sold the Picasso’s Les Femmes d’Alger (Version O) translated as “women of Algiers (Version O)” for $179,365,000. It is said to be Pablo Picasso’s best creation to date and was bought by the Qatari Royal Family.

The depiction of the painting is simply outstanding. It shows Algerian concubines in the harem having hookah or Sheesha (meant for smoking opium or hashish). Picasso has put in its best to the vibrant cubist lineation of nude women.

The entire series of fifteen paintings were bought by the Ganz family in 1956 and since then, it kept travelling from one person to another at rising prices until it fetched nearly $180M mark.