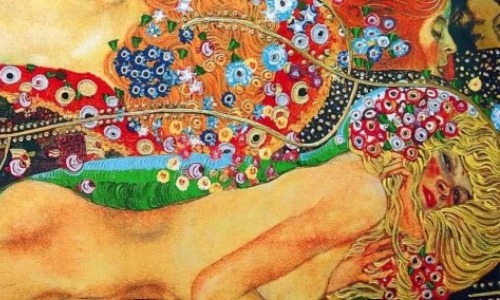 Widely known as water Serpents ll, Wasserschlangen ll is an oil painting made by Gustav Klimtin in 1907. It throws light on the sensuality of female bodies and same-sex relationships, celebrating one of nature’s most beautiful creations.

The painting withholds a rich history. Initially, the Viennese silk factory owner was the legatee of Wasserschlange. It was later that the Nazis had stolen it during World War ll and it is still a controversial topic after its sale in 2013. It was proclaimed to be the 6th most expensive painting in the world in December 2019.

The Wasserschlangen ll was sold by Yves Bouvier to Dmitry Rybolovlev at a grand price of $170M.