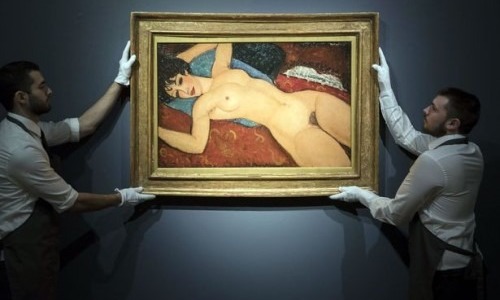 Nu Couché is one of a series of beautiful female nudes made for Léopold Zborowski that is largely known for a scandal caused a century ago when these paintings were exhibited at Modigliani’s one-man show at the Galerie Berthe Weil in Paris.

The outrageous crowd, upset by the content of the show, demanded immediate closure of the show.

Though society failed to acknowledge the artists’ vision behind this masterpiece, it finally got its recognition. Nu Couché was bought at an auction at the famous Christie’s, New York, by a Chinese billionaire Liu Yiqian for $170.4 million in 2015. Nu Couché is just one painting out of the many nude paintings made by Modigliani.