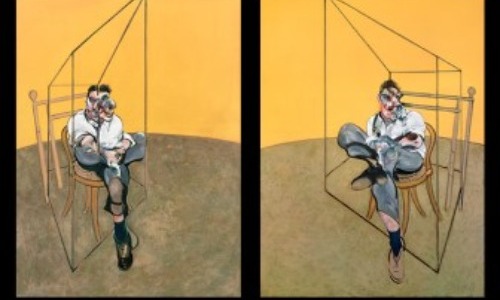 Francis Bacon was an Irish artist born in Britain and a master of figurative paintings. Also, he is one of the favourite artists of Christopher Nolan. November 2013 witnessed the record-breaking auction happening at the Christie’s auction house of a Francis Bacon triptych, “ThreeStudies of Lucian Freud (1969)”. Starting the bid from $80M the deal was closed at an award-winning price of $142.4M.

The chemistry of the duo, Freud and Bacon, was pretty interesting. Both of them were friends yet artistic rivals. The two started to paint each other on the canvas, starting in1951, when the first triptych of Freud in two full-length portraits was painted by Bacon. Their friendship ended in the mid-1970s over an unknown argument.