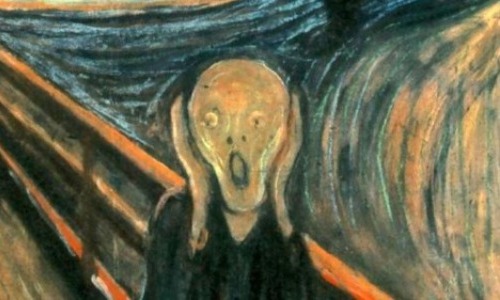 One of the most expressionist paintings ever made by Norwegian artist Edvard Munch. “The Scream” depicts an agonizing human condition that was painted on cardboard. Munch had an anguishing past, where he lost his mother at the age of 5 followed by his sister Sophie, who died when he was 14 and then he lost his father at the age of 25.

To worsen it, his sister laura was diagnosed with schizophrenia and was confined in an asylum in Ekberg. The painting illustrated the scream that could be heard at the bridge by the passersby, of the nearby asylum and slaughterhouse.