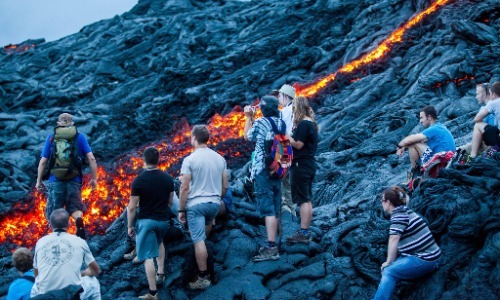 Well, we’re sure you can guess why a volcano tour will be dangerous – because it is ON a volcano! Hawaii has allowed tours that let tourists hike or even bike over lava-spouting volcanoes. Naturally, this has led to a lot of tourist fatalities and even deaths.

Between 1992 to 2002, the Hawaii Volcanoes National Park was the scene of 45 serious injuries and 40 deaths. As a result, the park closed down its bicycle tour vertical, owing to the dangers.

Most of the injuries happen because of a mix of risky factors: breathing in a deadly cocktail of hydrogen sulfide, hydrochloric acid, and carbon dioxide fumes. There’s also boiling ocean water, loose rocks, and lava haze to make it even worse for unsuspecting tourists.