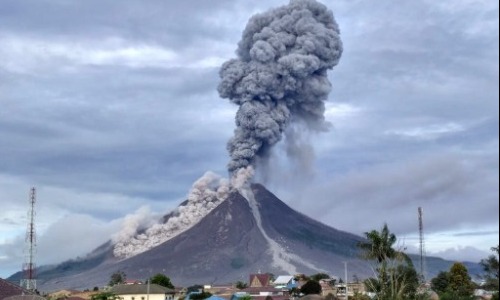 While most of the populous cities around the world have dormant volcanoes that are not really a threat, Sumatran Island is an exception. The Sinabung Volcano is an active one that regularly erupts, spelling disaster, and homelessness for thousands of people.

In the last decade itself, the volcano has erupted so many times: In 2010, 2013, 2014, and, most recently, in 2016. Every single time, the lava and smoke covered all the surrounding cities and towns, prompting its citizens to flee.

The latest disaster saw the Sinabung erupt ash, stones, and lava to a height of an astounding 2500 meters. And the scariest part? There’s no way to really tell when it’s going to strike again. Step in only if you dare!