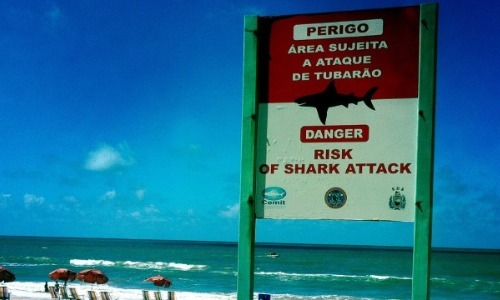 The Praia De Boa Viagem is a stunning sunny beach in Brazil, but that’s not why it’s made its way into this list. It’s extremely deadly, and the reason is quite sinister – the beach has actually been built on a spot that was a breeding ground for sharks!

So, naturally, this beach is infested with bull sharks, leading to lots of shark attacks on unsuspecting tourists. There have been a total of 56 shark attacks from 1992 to 2012.
Even though this sounds like a low figure, you wouldn’t think so when we tell you that almost one-third of all attacks end in a fatality. Moral of the story? Don’t piss off the sharks. Just, don’t.
Advertisement - Scroll To Continue