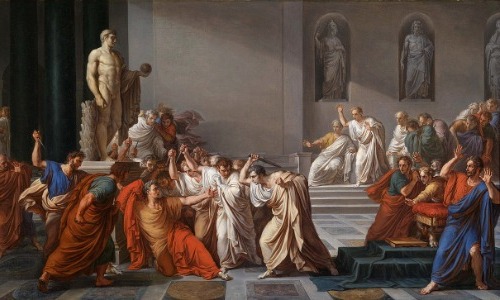 Many have heard of the assassination of Julius Caesar, which took place in 44 BC. The Roman Emperor was assassinated by a large group of senators, along with his friend Brutus.

Brutus was a Roman senator and a very good friend of Caesar. Unfortunately, when Caesar began to take more power, Brutus decided to act against him and oppose what he was running for. They fought in a few battles against one another but were always defeated by Caesar.

Brutus and a few other senators decided to put an end to Caesar and attacked him at a meeting. Because there were so many assailants, Caesar and his staff were killed quickly. His death sprung a series of civil wars, which onset the terms “The ides of March.”