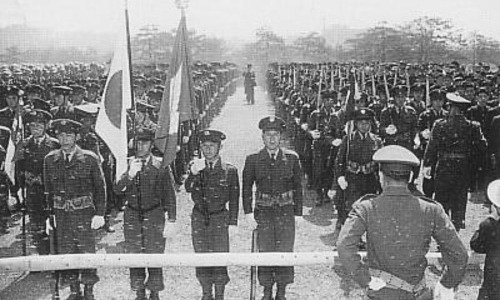 In 1895 Queen Min ruled Korea and was trying to expand her reign overseas. From the start, Japan considered her an obstacle because she had a harsh stand against the Japanese rule.

Around 60 military men were charged with her murder after countless protests sprung up around the country. Because of her death, the formation of around 60 armies made light in order to fight for Korean freedom.