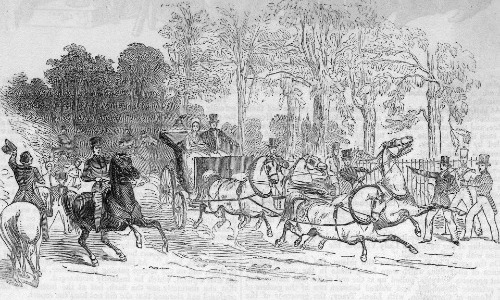 Back in 1842, John Francis attempted to kill Queen Victoria not once, but twice. As the Queen was riding in her carriage, Francis fired shots but missed his target and fled the scene.

The next day, he tried the same thing again, and as he rose his gun, was apprehended by officers. Francis was first sentenced to death but was pardoned by Queen Victoria and banished to a poor colony as punishment.