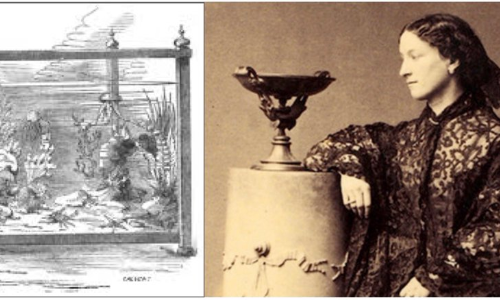 In 1832, Jeanne Villepreux-Power, a French naturalist, was working on a research project on various organisms.

Her primary point of the research was to demonstrate that paper nautilus never takes discarded shells of other organisms. Instead, it grows a shell by itself.

Argonauta argo or the paper nautilus is a cephalopod that resembles several members of Octopus due to physical similarities.

For assistance on her experiments and observations, Villepreux-Power invented the glass aquarium. Sometime later, she worked upon new designs and developed two more aquariums.

One was a piece of shallow glass equipment inside a cage, whilst the other one allowed contents at different depths.